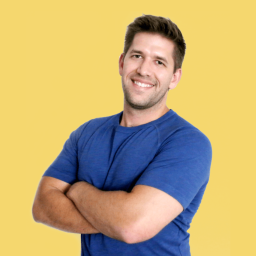 If you’ve been stalled on the starting line, unable to launch your first profitable funnel, you need to hear this story from Spencer Washington!

Spencer is the man!

So I got an email last night from Spencer Washington. I think I have the the email up here on the screen and I’ll just kind of read it out for you guys here. ’cause I’m so proud of what he’s done and how he’s been able to do this. He says, “Just want to let you know. After purchasing Kartra through my affiliate link. Thank you very much in March of this year, he launched his first funnel with Kartra in April and just crossed over $400,000 in sales… just wanted to say thank you for everything that I’ve done for him.” And he’s upgrading up and all this yadda yadda yadda.

So the question I want to pose to you guys is this. How come somebody like Spencer is able to go from zero to $400,000 in about a five month period of time when so many people get stuck, not even able to really launch and saying they’re not quite ready to launch yet. What is the difference between what he has done an what some other people who get stuck?

I have also been stuck before I as have been growing businesses in the past. What you guys know I do here. Online is I do a lot of reviews. I look at a lot of different technology and what that can create in us is this vortex of confusion where we’re constantly looking for the next thing what’s going to be the key to unlock whatever that next level is?

And I think Spencer here is a fantastic example. And congratulations, I’m just going to give him a round of applause here.

I think he’s a fantastic example of what can happen if you Simply put the Blinders on and focus on what is important and now what I see here in the key of what he was able to do is he got started with the software in March and he was launched in April one month later. So how first of all, how is he able to do this?

And and how can you do this the same way? How can you go from here? ’cause I think the lesson here is.

And he iterated upon that. OK, that I think is the key and I’m so proud of him for doing that.

So if you are in this position of being stuck in what I like to call the vortex of confusion one guru to the next I’m software system to the next. The key thing I would ask you to do is pick something that is simple that you can launch within a week an launch it and improve it and fail fast. Fail, cheap, fail often an improved.

Upon that, an in order to do that you do need a little bit of a toolkit to keep you focused. I know personally like. Why do people go and they pay for a trainer at the gym when they know they can just go and lift weights and get that stuff done? Well? Sometimes the tool kit that the trainer has or the accountability the trainer can provide for you is the key that requires you to get to that next level.

You know we’re all a little bit lazy. Sometimes we can get a little focus and a little a DD, so having that tool kit is helpful. So I did just launch and this is a slight little sales pitch here. No pressure at all as you guys know I give a ton of free value weight on my YouTube channel on Facebook and on my blog, but I also did create what I like to call the ultimate funnel toolkit. And if you’re interested in it, there should be a link.

In the description of this video somewhere, or you can go to incomemesh.com/UFT for ultimate funnel toolkit and this was what I created to help myself as well as many of my clients go from that starting point to launching quickly with everything they need in the process. OK, so I won’t read through everything on here, but essentially what you get here is a set of tools. It’s not just.

A huge 40 hour long video training. This is an applicable easy to implement tool set that includes everything you need to launch your first or first profitable sales funnel. The key components here. I can’t really draw on the screen, can I? But the key components here is the 124 steps to a profitable funnel that is an amazing Google sheet that walk through.

Everything you need broken down into modules. There’s 13 different steps to launching your funnel. It walks through each one of those and the first 2 steps is what most people forget about or don’t mention or don’t train you on. And they are the most critical. It also has a set of calculators and tools where you can forecast your profitability. It helps you decide what AB test to run, what price points to target.

And even what up cells and down cells to put into your sales funnel from the first get go. It also includes some mockups because you know, making images like these is not easy. You know, it’s it takes either a designer that you’re going to outsource to. But that’s not a good solution because when you go to a designer as soon as you change something, you need to go back to the designer and it gets very pricey. So I I give you some mockups here that allow you to create.

Lay flat designs like this product offers in box shots like that as well as a little bit of training that we have in here to really walk through that anatomy of a simplified sales funnel and how you can launch it quickly. So I do believe that this is a fantastic value at $27.00. If you’re interested in it, you can go and read more about it. Each one of the tools is broken down here on the sales page.

I’ve also included a few bonuses I haven’t mentioned here as well, so if you’re interested in it, feel free to go check that out. Otherwise, leave in the comments or in the chat, or just you know, email me or whatever you want to do on what is holding you back from launching your sales funnel. Is it the tools? Is the technology? Is it the training, the accountability, or the time management to actually get it done? Because unless you do the work… Nothing really matters.

I’ve got some really awesome testimonials Here from people I’ve helped as well and so feel free to check that out. And, you know, take a look at it so that’s it for me. Just want to pop in here. Live. Share the success story here of Spencer Washington again. He went from zero to $400,000 in about 5 months and the key for him he got started in March.

Get your toolkit and get started

He launched in April and then he scaled up through September. Congratulations Spencer. That’s fantastic. And if you guys want to learn how to do the same thing, go on over to incomemesh.com/UFT. I’ve kind of handwritten the URL there, but there are also should be links around this video here to go and check that out to get the tool kit that can help you get the same way and launch in 30 days.

And hopefully scale up like Spencer did. If you need help, be sure to pick up the toolkit: http://incomemesh.com/ultimate-funnel-toolkit

Please log in again. The login page will open in a new tab. After logging in you can close it and return to this page.